Back in 2005, we were the first to design a plug-in hybrid sports car for Imperia Automobiles. Today, we are still the innovation partner of our customers.

From the plug-in hybrid to the electric on batteries, with more than 25 years of experience, Green Propulsion Engineering (GPE) has the motorisation expertise to assist manufacturers/companies in choosing the right path.

Electrified vehicles are a key element in reducing CO2 emissions and thus play an important role in the fight against climate change.

In addition, the demanding and rapidly changing emissions legislation is impacting the Total Cost of Ownership (TCO) of conventional vehicles. An electric engine, more energetically and fiscally efficient, is also a means of reducing TCO.

Originally a university start-up, the multidisciplinary team at Green Propulsion Engineering doesn’t get lost in a slew of interdepartmental meetings. Its momentum, like SMEs, is based on a wide network of partners, suppliers and subcontractors. 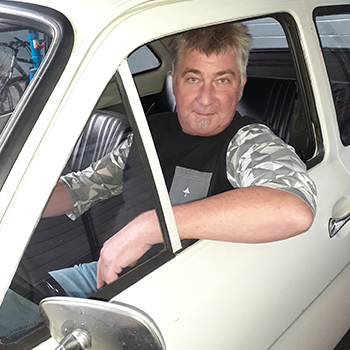 An electromechanical engineer, naval construction engineer and, more seriously, an inventor, Yves Toussaint was carrying out his civil service in Africa when, in 1993, he thought of a motor combining electricity and the combustion engine. In fact, a “hybrid motorisation,” he learnt by studying the subject in depth at the University of Liège, where he returned and was awarded a doctorate in applied sciences.

“My teacher didn’t really understand what I was making, but it was my vision, and I have the gift or the disadvantage of being stubborn. Hybridisation is an intellectually stimulating topic because it’s complex to master. ”

Car manufacturers then became interested in his work. So, Yves decided to leave the University with two colleagues to found Green Propulsion in 2001. “We were not just contractors who were executing a prototype according to instructions, but a development structure that was able to deliver innovative and dedicated solutions.”

This led to lucrative contracts and also frustration because builders did not yet want certain technologies. Therefore, in 2005, Yves decided to develop the Liège Imperia sports car. “Because hybridisation is not only a way to reduce the consumption of a car, it can also increase its performance…”, he explains.
Likely inspired by his native Congolese spouse and their 2 children, Yves now dreams of sustainable development for Africa with electrical and hybrid technologies. 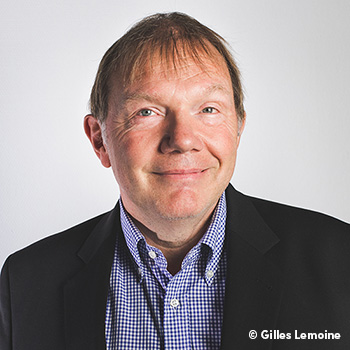 At the head of a cluster of innovative companies, Laurent Minguet is a physicist engineer trained at ULiège. After his civil service as a teacher in Morocco, he made a brief visit to the French Petroleum Institute before embarking on a journey full of twists that led to one of the greatest technological innovation successes of the 80s: EVS. The company was the first worldwide to develop a digital video slow-motion system on a hard disk.

Passionate about what he calls “real, sustainable development,” Laurent Minguet spends most of his energy demonstrating the relevance of technological solutions such as photovoltaics, cogeneration, heat grids, energy-efficient buildings, and electrical mobility. His last major project was the construction in Wallonia of a pilotless airship inflated with hydrogen.

Since the 2020s, the core of his activities has been focused on efficient property development in the Liège region.

President of the TWEED cluster, Honorary Consul of Senegal, member of the Royal Academy of Belgium, Laurent Minguet develops social economy projects in this country where he also owns the (Amigo Bay) residential hotel.

He was born in 1959, is married and is the father of two children. Every Wednesday, he leaves his staff there to take care of his two grandchildren.

The business’ innovations over time

From 1995, the Transport Mechanics team of the University of Liege (ULg) took on a pioneering roadmap: the future of vehicles will be mainly electric and hybrid… without knowing this word.

Its powerful simulation tools quickly indicate that the first projects of manufacturers in this direction do not exploit the potential of the innumerable forms of hybridisation. The starting point for 25 years of innovation…

In 1998, his rolling lab introduced a new parallel hybrid plug-in configuration, now called P3, very similar to the one that appeared much later on the BMW i8.

Green Propulsion inaugurated its own facilities at the Liège Science Park in 2008 and then extended them for the Imperia project in 2010.

In 2016, Laurent Minguet and Denis Goffaux took over the business and founded GREEN PROPULSION ENGINEERING.